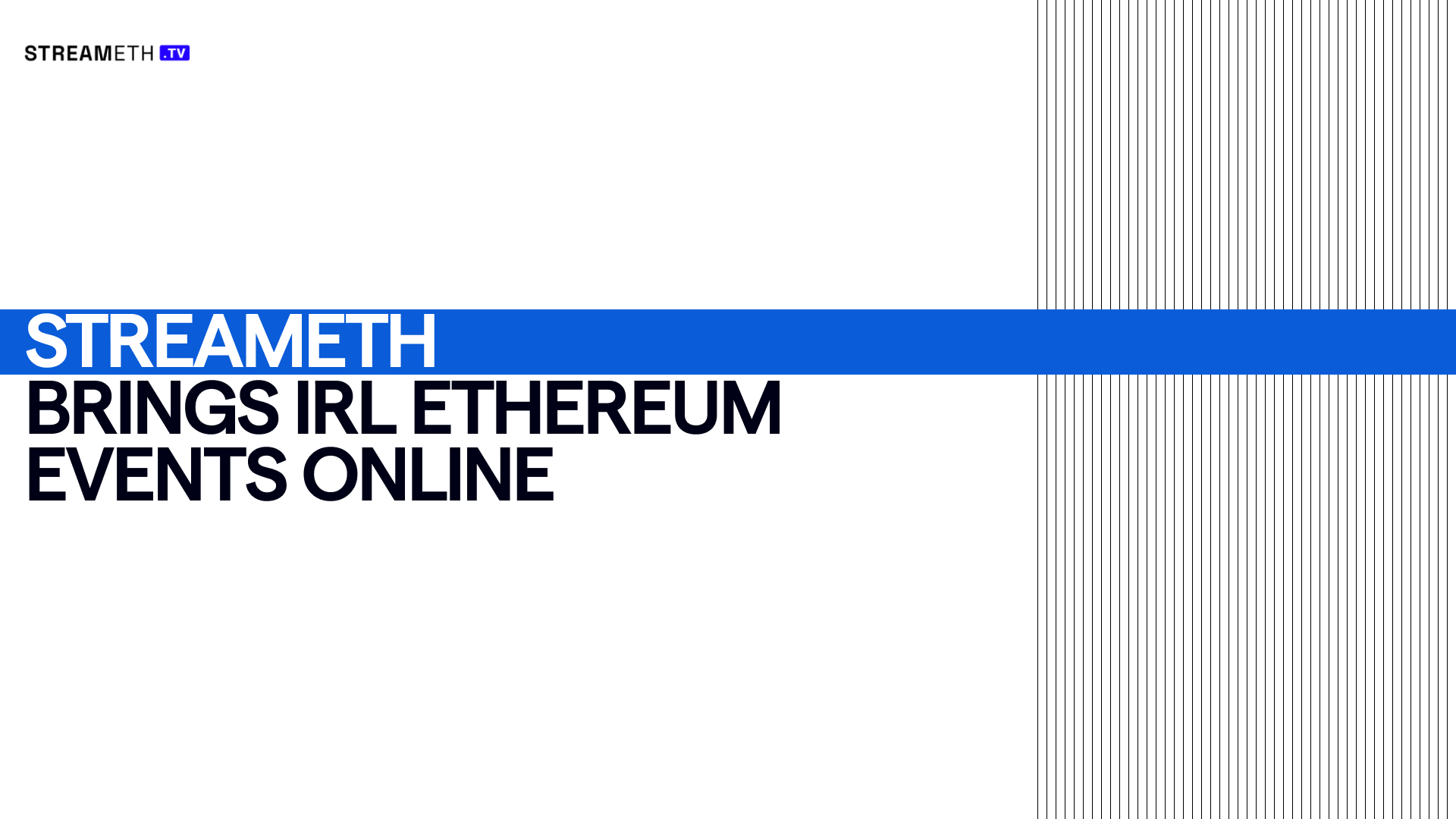 In three hectic and exciting weeks in 2021, software engineer Pablo Voorvaart and his team built an open-source livestreaming player, StreamETH, with the support of the Ethereum Foundation and Livepeer.

StreamETH attracted instant kudos and was used as the livestreaming solution for important web3 events including Devconnect and ETHBerlin. Now the newest iteration, StreamETH 2.0, will be in the spotlight again – as the livestream provider for Devcon 2022 in Bogotá, Colombia.

Pablo discovered Livepeer long before he conceived the idea for StreamETH. He’d been working in web2, livestreaming private group events. While he loved the creativity of his work, he found infrastructure on AWS to be prohibitively expensive.

“When I started looking for a decentralized solution and found Livepeer, I realized there was no need to pay high prices for transcoding. I was cutting my costs 10x.”

While the initial attraction may have been price, it was the Livepeer community and the web3 philosophy that captivated him. He was eager to contribute and soon became an active and committed part of the Livepeer ecosystem. He provided feedback to the Livepeer core team, ran an orchestrator node, and even set up a Livepeer channel for the Spanish community on Telegram.

Then, in 2020, the Ethereum Foundation reached out to Livepeer, seeking a decentralized streaming solution for Devconnect.

“They really needed someone from a broadcasting perspective, so Livepeer said to us, ‘Hey, maybe you could look into this.’ It was these two teams coming together who really believed in open source, and we also had a direct necessity. So we said, ‘let’s make StreamETH.’”

Pablo and his co-founders quickly spun up a prototype and put it through an intense and successful road-test at Devconnect. Pablo said organizers’ willingness to take a chance on a nascent project felt like “a magic opportunity” to the team.

At the conference, Pablo was immediately struck by attendees’ enthusiasm about the prospect of an open-source alternative for content distribution. Devconnect also offered a lesson in how eager projects are to enable monetization on their platforms. Several have been in touch since to talk about how to make this happen.

Now the StreamETH team is working on a complete UI design and adding new features and functionalities, most importantly the ability for developers to add plug-ins to the application.

“It’s now a more thought-out product philosophy. We’re looking to reproduce what Wordpress is doing in the content management system (CMS) space, but for video. We want to be a one-stop place for video content and distribution, focused towards events and their organizers.”

Devcon will be the biggest challenge to date, with 32 concurrent livestreams, including back-ups and translations into local languages. But Pablo says it will be a superb showcase for what StreamETH and Livepeer Studio can do together.

Focus on the Future

So what comes next? Pablo has a long list of plans, not least of which is finding a way for viewers to safely interact with one another on StreamETH to offer more of a community feel. And since web3 principles are central to StreamETH’s ethos, the team wants to one day delegate governance to the ecosystem.

“Our goal is to provide a service for the ages, not just something we can earn money from. Video is a great chunk of the internet’s bandwidth. Centralized providers control most of it and YouTube and Twitter own most of the content.”

StreamETH offers event organizers a streaming solution that is true to all the values of web3: open source, user owned, and adaptable. Pablo’s goal now is to attract more innovators to work on the protocol and to create more plug-ins.

“We want to attract builders to work on this and create more plug-ins for StreamETH. It’s a community project. We have to embrace it and move as far away from YouTube and Twitter as possible. That’s the main goal. Having a web3 event that’s not dependent on centralized identities is a massive win.”