How SipRadius disrupted the TV broadcast industry during the pandemic 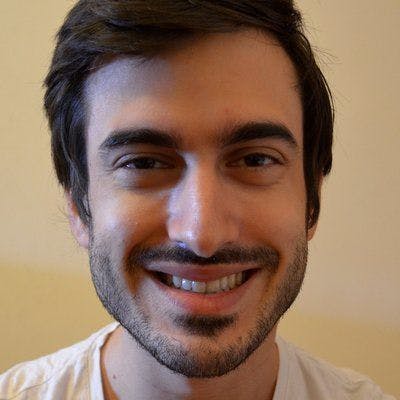 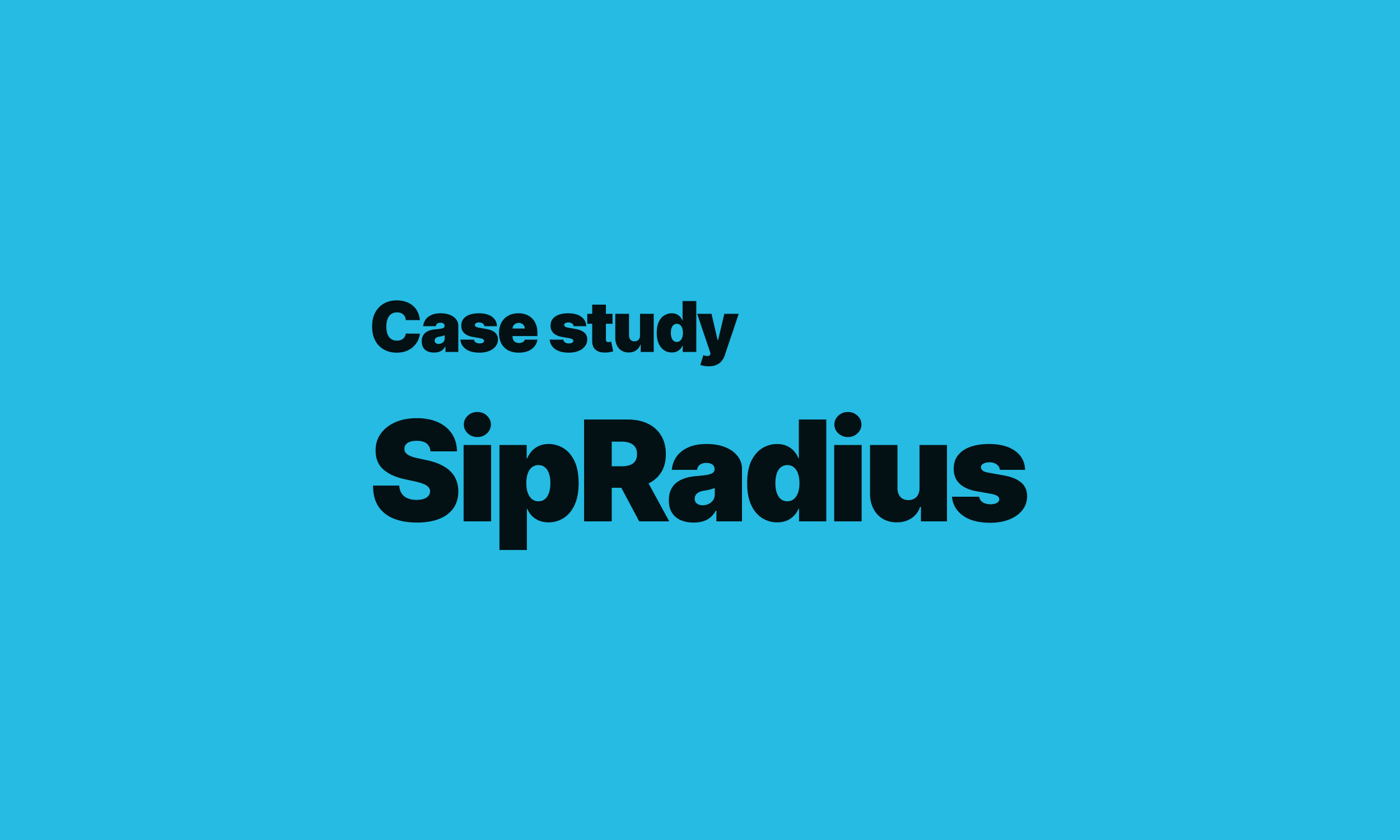 Covid-19 stopped the TV industry in its tracks. Major broadcast networks were forced to suspend their shows until the situation improved. The uncertainty caused TV executives to scramble for solutions that allowed them to record their shows without compromising the health of their employees.

One working solution was to broadcast shows from the studios while the employees worked remotely from their homes. It would also require TV networks to change how they transcoded their content from the studios to the online media servers.

For SipRadius, this change enabled them to gain a foothold in the massive TV broadcasting industry. How they did it is inspiring and proof of the power that the next generation of streaming media technology has.

To hear his story, we sat down with Sergio Ammirata, Ph.D., Founder and Chief Scientist of SipRadius.

SipRadius is a company that develops broadcast solutions for the IPTV market. SipRadius’ product suite includes the CoralCoder, a transcoding engine, CoralPipe, an error-correcting protocol gateway, CoralEdge, a user-facing media server, and Coral, a highly optimized “flavor” of the Linux operating system specifically made for their transcoding solutions.

SipRadius bundles its Linux OS with one of its applications to provide an adaptable, appliance-like video delivery solution with a glass-to-glass latency of less than a second.

MistServer, an open source Livepeer technology, is partly responsible for this feat as its modular servers allow SipRadius to deliver media streams to anyone, anywhere, in any format.

All in all, Sergio Ammirata explained their solution “has a broadcast-quality transmission and resilience to bad connections, whether they are caused by a bad Internet connection or a VPN.”

Becoming the streaming provider for a top-tier TV network

As a provider for TV broadcasting networks, SipRadius has always faced stiff competition from major software companies like Microsoft and Zoom. But everything changed when the pandemic started:

“During the very first few months of the pandemic, where suddenly, everybody was sent home, nobody was prepared for a remote work system, especially broadcasters that taped TV shows in studio on a daily basis. All the broadcasters were rushing to find a solution [that allowed them to] bring either the talent back into the studio by themselves or figure out a way to do this remote production better. That’s where we went into play.”

In the past, SipRadius may have had a hard time getting the attention of the largest TV broadcasting companies, but the situation was different due to the desperation the pandemic generated. SipRadius had been working with bleeding-edge technology for over a decade, so coming up with a solution to solve some of these companies' troubles wasn’t challenging.

A top-tier US-based broadcasting network decided to take the leap and allow SipRadius to develop a transcoding solution that leveraged a WebRTC-based protocol from MistServer.

“The first way we used MistServer’s WebRTC was with the MPEG-TS input. We pushed out an MPEG-TS to it, and it would turn it into all the different formats. Originally, we wanted only WebRTC. In the end, all the other ones became just as important, which we had not leveraged in the past, but they ended up being an integral part of the solution.”

The final product ended up having a relatively low latency, jitter-free stream. Though it wasn’t perfect, it put SipRadius among the network's top three video streaming providers.

Sergio wasn’t entirely satisfied with the latency performance as he wanted to cut at least 300 to 400 milliseconds from the process. So he asked Jaron Viëtor, MistServer’s founder and CTO, for a solution. Jaron happened to have a protocol called DTSC that communicated between Mist instances and that he thought SipRadius could use through an API.

“SipRadius went ahead and wrote support for DTSC directly inside our transcoder engine. We skipped the entire process of encapsulating to MPEG-TS, and the reverse de-encapsulating by MistServer. By our producing the DTSC and using the MistServer API to route DTSC directly to the WebRTC server, we saved a whopping 400 milliseconds. For the networks, the process of converting an SDI, 2110 or an NDI source into a media server resource absolutely requires that savings.”

That solution was the big hit. Not only was SipRadius’ solution jitter-free, but it was scalable and had a glass-to-glass latency of half a second.

According to Sergio, “that was the end of the race for everybody else.”

“I think the biggest reason for our success was a particular late night talk show host. As you know, in these big TV companies, the top talent has a lot of weight. Their opinion matters more than some of the VPs. And this person in particular is very tech-savvy and embraces new technology,” said Sergio.

When he saw the potential in SipRadius’ solution (even though he didn’t know it was theirs), he decided to become the first nighttime host to go back to the studio, and record his show with most of the crew being remote, making production decisions with the help of the near real-time (500ms) WebRTC streams being generated at the studio.

Sergio explained that without the pandemic, SipRadius may have never had the chance to become a top provider for a top-tier network.

“The pandemic accelerated everything, so they took leaps of faith, they used this little company, and they brought this nighttime talk show back to the studio. MistServer takes the credit for making this happen.”

Streaming the 2020 US elections with a low-latency, scalable solution

The 2020 US elections were an enormous challenge—far greater than the nighttime shows. One issue is the large amount of statistics that networks use, which must be charted within seconds of acquiring the data. The remote work schedules affected the capacity and speed the TV network employees had to collaborate and work at the required speed.

With the trust SipRadius had built in late night TV, Sergio was ready to offer a new solution. First, they created a “variable frame-rate bridge” within the WebRTC protocol that turned the NDI input’s variable frame rate into a constant frame rate. Then, they fed this input into MistServer the same way they had done for the SDI. This was crucial for the TV network to fulfill its goal of presenting the data quickly while its employees worked from home.

“Even though they didn’t tell us this until after the fact, they said they had no choice but to send out our streams through a desktop browser right into the air during the news broadcasts at times, which itself is unheard of without proper workflows, triple redundancy, etc. We were put on the air, live, many times, at least during the elections, because they had no choice.”

By January 2021, SipRadius had proven itself a reliable TV network provider. That’s why network executives asked Sergio and his team to provide a solution that enabled them to further film new content remotely without compromising their employees’ health.

The network had already put together a small mobile rack system that included a few servers, a modem, SDI inputs, and cameras. Video production teams could transport this kit to any location, and with a small crew, they could tape while the rest of the production team worked remotely.

The company needed an encoder and a WebRTC relay point they could add to their kit so that anyone on the team could access the content. Unlike the previous projects SipRadius had worked on, the WebRTC relay point had to be on a public cloud, such as AWS.

Sergio added SipRadius’ encoder into the mobile rack servers. The encoders used a low-latency MPEG-TS format, which would then be encapsulated into their RIST tunnel (an error-correcting protocol that allows for the transmission of media streams over lossy networks). Finally, they would push the stream to an AWS cloud.

The reception was made into CoralOS, which was running another RIST receiver. Once again, they took the stream in a MPEG-TS format and fed it to a MistServer media server, which would turn it into WebRTC. Even when the latency was 400 milliseconds higher than usual, the TV network was happy with the result.

But this solution wasn’t enough, as the public cloud provided a security risk that needed to be solved quickly. Sergio created a solution to put a security model on top of the WebRTC stream generated by MistServer using an advanced feature called “hooks.”

“We went ahead and developed an entire system for them. We called it an IPTV middleware. This middleware had a server-side component and a client-side component, which was basically just a webpage that managed these workflows. We added a hierarchical model of location, a category, and channels, in that order, and then we added a security model on top of that which had security groups and users that belonged to security groups. Then, you would assign channels to users or security groups so that each user would have access only to a particular set of channels.”

The whole system used JWT cookies to protect the links so that only those users with a password could access the stream. All in all, it was the solution the network needed.

After the IPTV system passed a six-month security audit, it was vetted as DRM-compliant and became part of a product that allowed the network to cover events remotely, including the MET gala and the SAG awards.

If all of this work Sergio and the SipRadius team had made for the TV network wasn’t enough, the executives kept bringing ever greater challenges. The company asked Sergio for a set-top box they could use to play the streams. Without missing a beat, Sergio accepted the challenge.

The solution they provided was made from a Raspberry Pi, which allowed them to run their Coral OS. The software used a remote MistServer as the WebRTC source, and a local one as an intermediate one ingesting the WebRTC stream. Sergio explains that the entire work took them a year to perfect before the executives approved it.

The network has now embraced the SipRadius’ solution as the internal IPTV system and has already ordered hundreds of set-top-boxes. Even though it’s too early to tell the impact SipRadius’ device will have on the other networks, the progress Sergio made with all of the problems he was presented during the pandemic makes us think they are going to succeed.